The top lock in the payphone was previously drilled out, so before we install it in a public space it is going to be important to have a new lock installed. 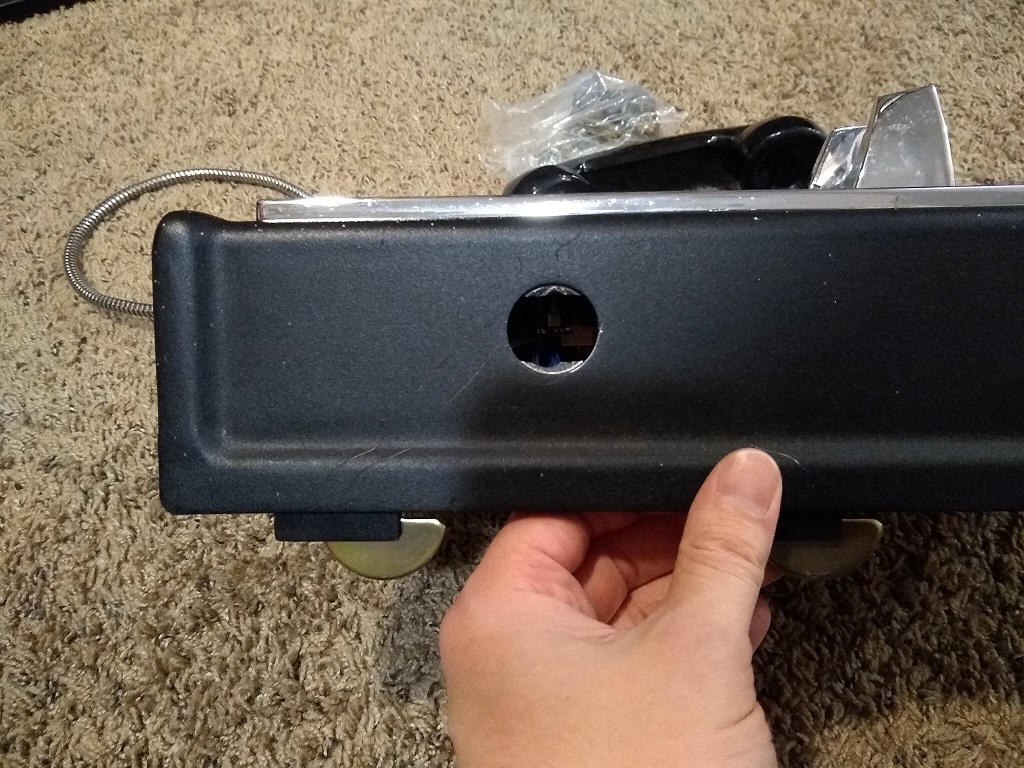 The new lock is composed on two basic pieces: the barrel cam lock and the cylinder nut. 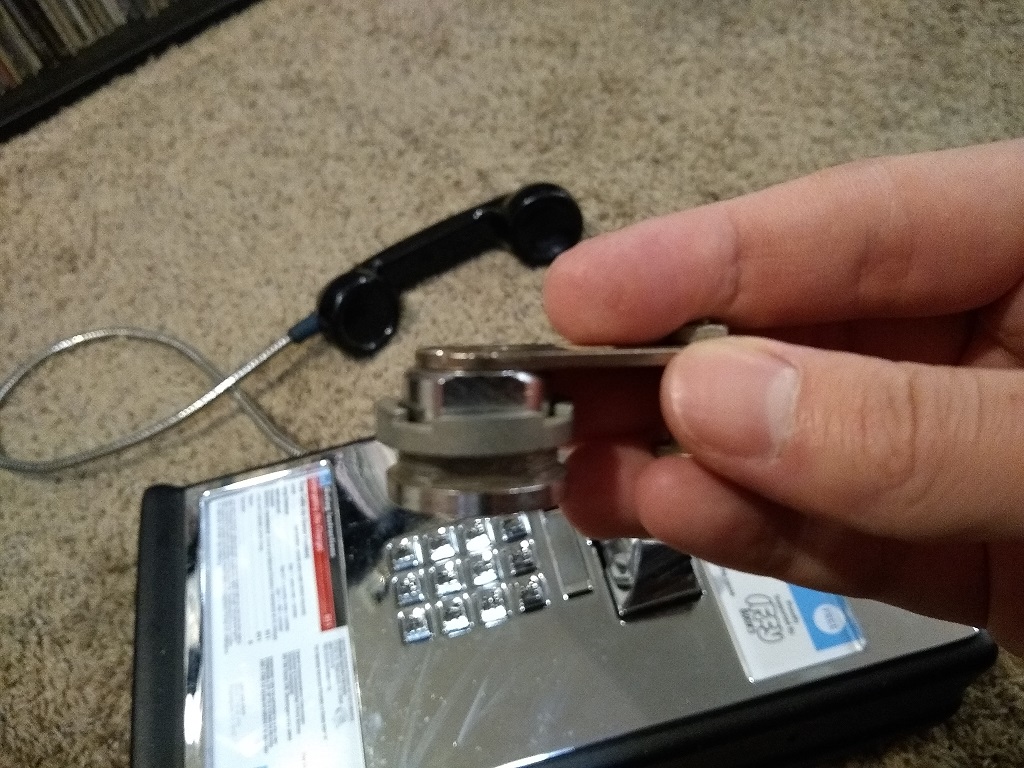 This lock can be installed fairly easily. First, the nut must be unscrewed from the cylinder. Next, the lock is inserted into the hole in the housing cam-first from the outside. Finally, the nut is tightened from the inside to secure the lock into the housing. 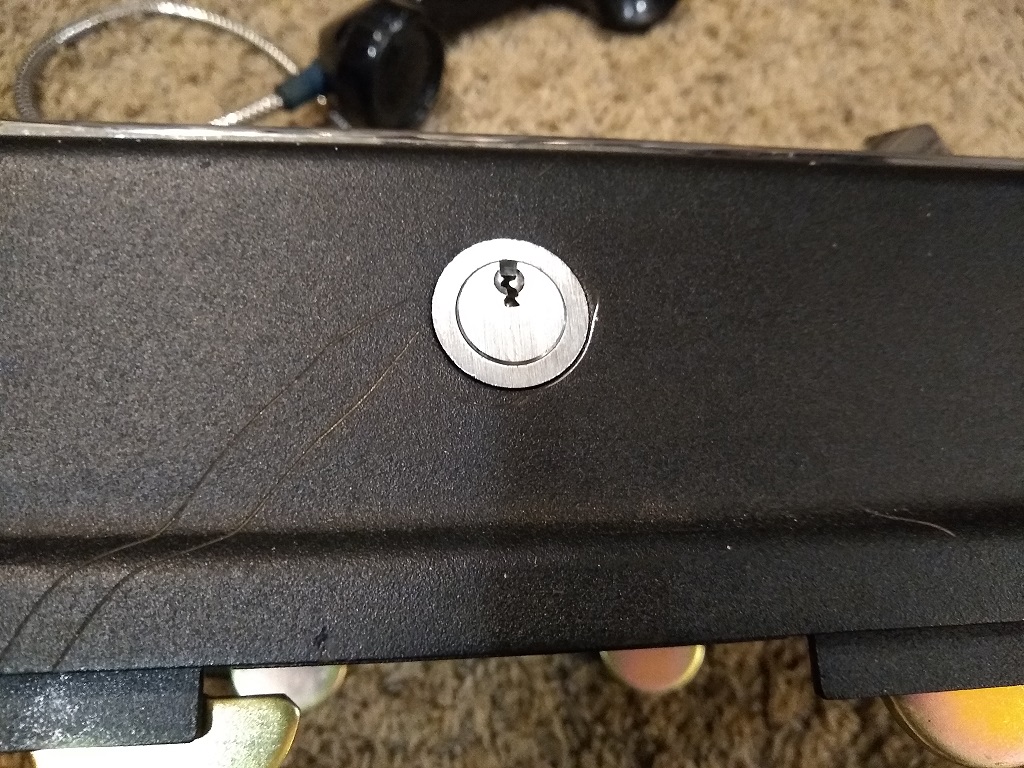 Upper payphone housing securely attached to the bottom housing using two locking mechanisms: the previously mentioned barrel lock and a hook-in-slot system controlled by a “T-Key” which is essentially just a wrenching tool. After the barrel lock is unlocked, the cam swings to allow the hook assembly in the upper housing to be leveraged up and out of the slots in the lower housing and the upper housing can then be moved away freely.